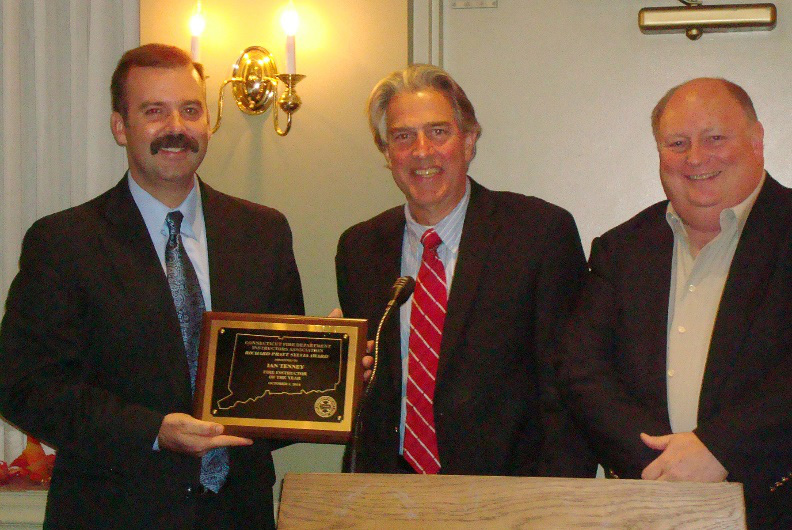 Among the honorees for 2014 was Lieutenant Ian Tenney of the Hartford, CT Fire Department. Tenney received the Richard Pratt Sylvia Instructor of the Year Award for his work as the Program Coordinator for the Connecticut Fire Academy’s Introduction To The Fire Service (ITTFS) Program.

ITTFS provides several services for high school students interested in the Fire Service, including regular and advanced six-day, residential “Recruit Firefighter School” training programs in the summer, a Junior Counselor Program where alumni can enter a competitive selection process to return and work as assistant instructors and the annual Fire Service College Fair, the only event of its type in existence that is dedicated entirely to programs that offer degrees in Fire, EMS and Emergency Management. 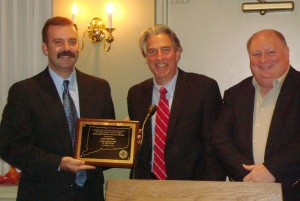 Tenney had the opportunity to begin his Fire Service career at a young age with the Lancaster, NH Fire Department and also got to follow in his father’s footsteps as a member of the Lancaster Ambulance Corps. The responsibility and desire to give back after these experiences has been the major motivation for his work as a Fire Service Instructor and specifically within the ITTFS Programs. He is the 2011 recipient of the CFDIA’s Harry Kelly Award and a 2006 Special Achievement Award recipient. Tenney is the son of Maggie and the late Jeffrey Tenney of Lancaster.

Thank you for all of your great work on the Tenney Times – I always enjoy reading it and it’s obvious that you put a lot of work and feeling into it!
I’ve attached a story and photo for you – I put it together at the request of my Mom for the local paper in NH. Well, it was a request forwarded by Mom based on a rather direct ‘suggestion’ by my grandmother…

Dad, Jeffrey Tenney, was a charter member of the Lancaster, NH Ambulance Corps in 1972 and spent nearly 20 years in the organization, serving for some time as the Director. He cited some of his experiences with the 101st Airborne Div (326th Engineer BN) in Vietnam as being a big motivation to serve in EMS. We weren’t contemporaries, but the last ambulance that he worked out of (and I think actually designed and purchased) was the first one that I worked out of.

While it isn’t really talked about, service is a huge tradition in our family. Dad volunteered for Vietnam, my grandfather volunteered for WWII and my great-grandfather, after having received a waiver for WWI due to the need to support his family, actually made his way into the Navy or Navy Reserves for WWII – I recall some details regarding the fact that he was only a day or two away from the maximum upper age limit. Now that I mention it, I’m going to dig and see if I can find more details. Going back a few generations, here’s our lineage (beginning
in the greater Portland, ME area):

Dad was born in Lancaster and with the exception of college and the Army, lived there his entire life. He liked to say that he had been born in the bowling alley. The Sportsman’s Restaurant (the lot is now home to the town skating rink) at Main & Bunker Hill Sts did indeed have bowling lanes. It had started life as the Lancaster Hospital, which at some point after 1947 (and I can attest that it was prior to 1977) moved to a new location and building a hundred yards or so from where Keith Tenney built his home after returning from WWII. Dad is buried in the Summer Street Cemetery, where Keith, Arthur and my great-grandmother Annie are also interred.

Thanks for enduring the history lesson and take care, -Ian