Into the Wilds of Wonderful West Virginia 2015 Reunion 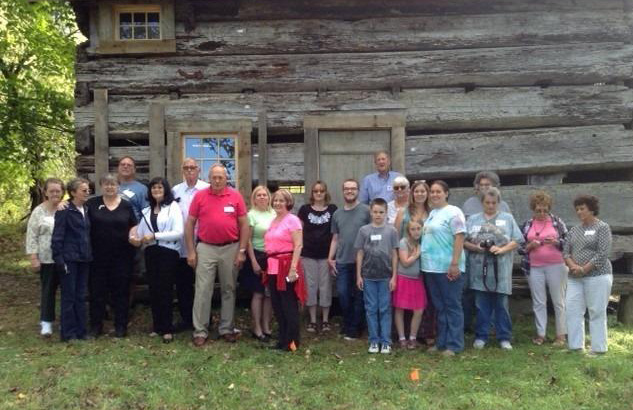 We came from east & west, near & far to beautiful north central WV amidst the foothills of the Allegheny Mountains wilderness of Upshur County, WV. The weather was spectacular in Buckhannon as we arrived.

Friday Evening Welcome Reception hosted by the Upshur County History Center. We heard a “brief” entertaining & informative presentation on the Center’s history – built in 1856, originally as a Southern Methodist Church until the Confederate SM’s fled just before the Civil War, and how the Baptists, Buckhannon & the Center were influenced by the Civil War early years. During our visit, the Center was showcasing “School Days” in the area going back to the first schools and early days of “learnin”, including schoolhouse furniture, readers and lots of photographs telling the “school day” stories of students long ago.

Saturday morning “bright & early” we’re off on the day’s adventures touring Upshur County in City of Buckhannon’s bright red ol’fashion school bus. With the “wheels of the bus a-goin’ round & round”, we headed off to Pringle Tree (hint – not potato chips). The story goes the Pringle brothers, John & Samuel, lived inside the original tree upon their arrival in 1764 fleeing from the British Army until they ran out of ammo 4 years later. While the hollowed out Sycamore tree provided shelter for the deserters, it still must have been pretty darn “cozy” for two grown men.

Stopping at the Buckhannon Courthouse, the site of Civil War Confederate General Jenkins victorious defeat over the Union resistance in Aug 1862. Jenkin’s Calvary marched their prisoners to the courthouse for the destruction of weapons and ammo; later the courthouse was used for storage and housing of Federal Troops, suffering great damage. Across the street is the UCHS Doc Repository & Research Center, where they have a wonderful collection of “all things Tenney/Tinney”. The Museum is a wonderful “treasure trove” well worth spending a day or two perusing.

Departing Buckhannon Main Street, we headed across bridges and local points of interest to Elbon Cemetery were James Tenney & wife Thankful Shippee, along with many other family rest peacefully atop the hill, with a spectacular view! 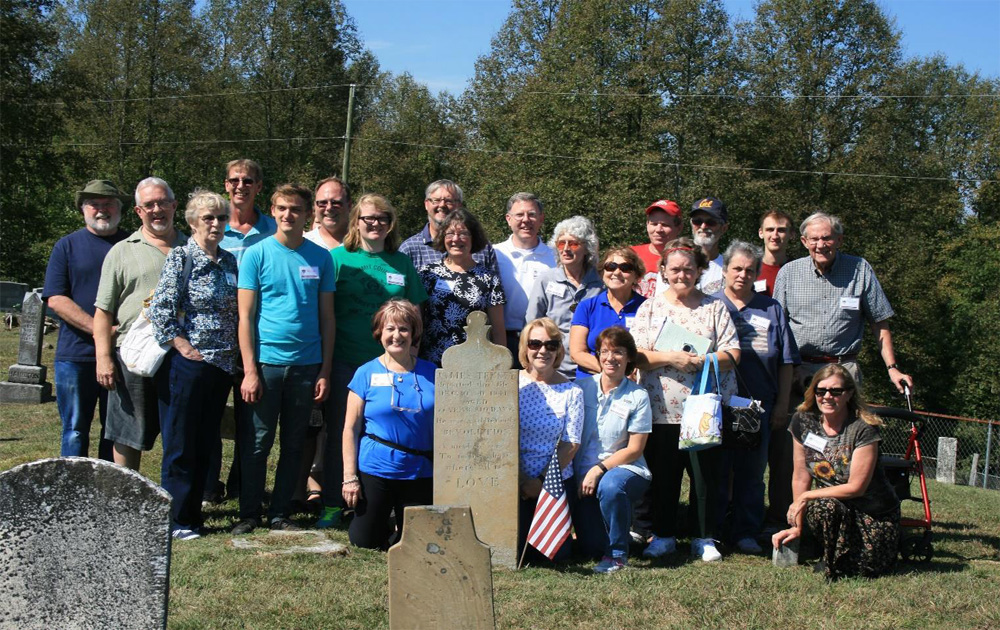 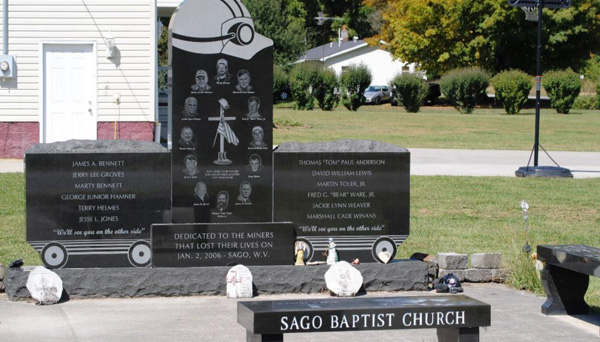 Stopping at the Sago Baptist Church, which is just down the street from the infamous Sago Mine Disaster back in 2006 – We heard the story of the horrible accident and its effect on the community and the aftermath.

We also visited Ron Hinkle Glass for a fascinating factory tour and demonstration and the Wild Life Center. Originally French Creek Game Farm back in 1923, the center “opened its door” in 1986, a type of natural wildlife park where the animals are not caged (except the skunks!) but allowed to roam in their native habitats. The “human wildlife” can take a leisurely stroll around the park observing Bison, Wolves, Bears, Otters, feathered “friends” and more. A wonderful way to spend the afternoon with our native furry & feathered friends.

Leaving the Wild Life Center, a quick stop in Centerville where we learned the story of Kesler’s Raid in Sep 1863, a story of deceit within the Union Militia that lead to the capture of the Upshur Militia under Capt. Gould’s command, 70 of his men, most of whom died at Andersonville.

After a very full day of site seeing filled with superb narratives and storytelling, our last stop was Historical French Creek Presbyterian Church for an old-fashioned “supper”. Upshur County Historical Society purchased the building and is actively restoring it to its former glory.

Sunday, following our Annual Meeting, we were off to Tallmansville to join the WV Tenney Family Reunion Org. (TFRO) gathering and hosted potluck held at the Washington District Fire House.

After much laughter and camaraderie, one last “tour” to the James & Thankful cabin. The Upshur County Historical Society has done a lot of work since 2004, the walls are up, windows are in, roof is repaired and the cabin looks great! There is still a lot of work to be done according to UCHS, but they continue to move forward as time, funds and volunteers allow.

A very special Thank you to our hosts and helpers for your contributions in making our family gathering great! Thank you to all who attended and we hope to see you next year!